Ho’okele, meaning “to steer,” is also the term for navigator and voyager.  When we think about steering a wa’a kaulua (double-hulled canoe), what comes to mind is the hoe uli, the long steering paddle that guides the canoe along the ala kai, or “sea road.” 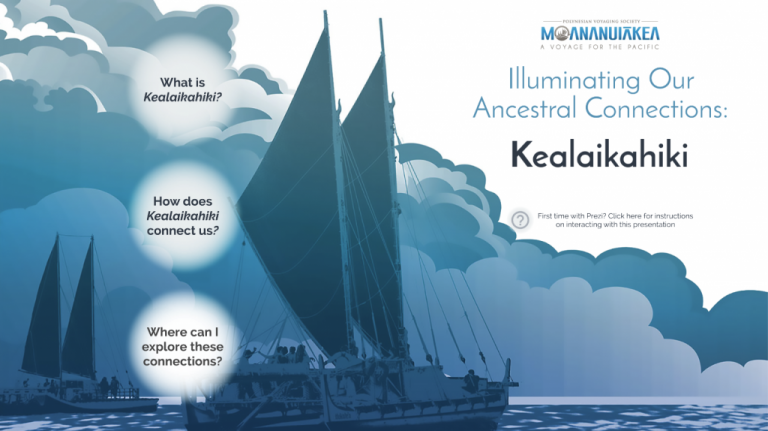 View the Kealaikahiki presentation in Prezi (best viewed on desktop).

In this two-part series entitled “Illuminating Our Ancestral Connections,” learn more about Kealaikahiki, the heritage corridor traveled by Hōkūleʻa and Hikianalia, and Marae Taputapuātea, the sacred ancestral homeland of navigational knowledge. These heritage pūʻolo, or bundles of knowledge, provide an introduction to cultural topics that can be explored in depth through the resources made available by the Kaʻiwakīloumoku Pacific Indigenous Institute.

If we see the ocean as a connector instead of a barrier, then we might imagine a waʻa kaulua, a double-hulled voyaging canoe, sailing great distances as if it was traveling on a major highway between two cities. Ocean currents create on-ramps and off-ramps, and both natural and supernatural signs affirm location, as well as forecast weather conditions and estimate times of arrival.  For the Hawaiian people, our major highway or sea road – ala kai – is called Kealaikahiki. It is a heritage corridor that connects Hawaiʻi and our regional homeland Kahiki (the general vicinity of Tahiti).

When we apply the concept of ala kai to other parts of the vast Pacific, we can immediately see that there are hundreds, indeed thousands of discrete ala kai of different lengths and configurations between islands and continental coast lines from one end of Moananuiākea to the other, north to south, east to west. This means that each leg of a voyage regardless of distance, represents an ala kai, its very own sea road. In a macro context, the entire Pacific as a whole, then, can be envisioned as a large complex highway system with pit stops, turn abouts, and well-traveled and less traveled pathways, to and from destinations of choice.
Visit the Kealaikahiki site 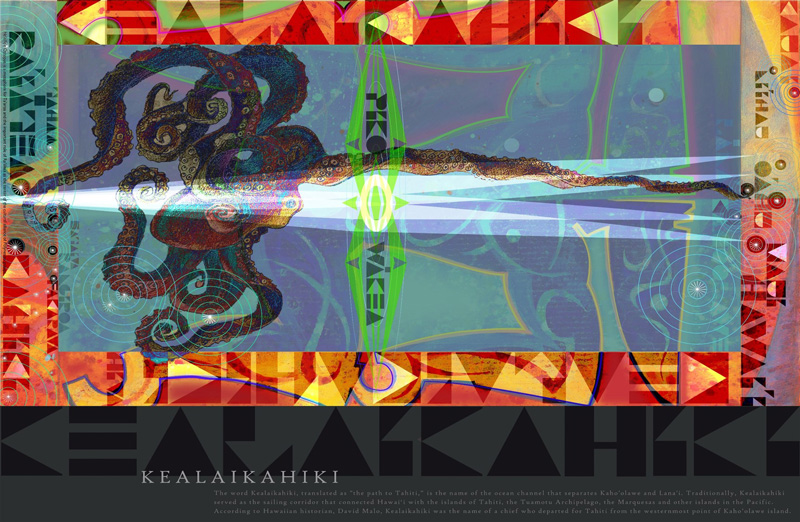 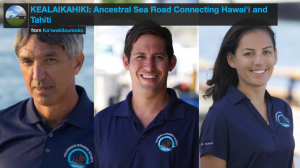 Watch the Pacific Conversations episode with Pwo Navigator Nainoa Thompson and new-generation navigators Lehua Kamalu and Kaleomanuiwa Wong of the Polynesian Voyaging Society as they offer insights about the well-traveled heritage corridor Kealaikahiki.