Mana’o are thoughts, feelings, reflections, and impressions-things that provide meaning.  Mo‘omana‘o is a continuous log book of voyaging experiences by a range of senior and novice voyagers whose real life accounts serve to inform, motivate and inspire.

On May 1, 1976, Hōkūleʻa left Hawai’i on a voyage to Tahiti, to retrace this traditional migratory route. Thirty-three days after she left Maui, Hōkūleʻa entered Pape’ete Harbor in Tahiti. Seventeen thousand people came down to greet the canoe-over half the population of the island. When the canoe got to the black sand beach, so many children climbed onto the back of the canoe that its stern sank. People couldn’t see past the crowd, so they climbed into the trees. What had begun as a scientific experiment to prove a theory about the settlement of Polynesia, had touched a deep root of cultural pride in Polynesian people. It was a spontaneous reaction on the part of these people who had maintained their language and genealogies, and who knew the names of their great navigators and great voyaging canoes, but who no longer had a canoe. So when Hōkūleʻa entered the bay she was a powerful symbol that reminded them of the greatness of their culture and their heritage and therefore themselves.
To learn more, check out http://archive.hokulea.com/holokai/nainoa_twenty_five_years.html

Richards serves as a director on several public service, Native Hawaiian and educational boards, including Paepae O Heʻeia, Bishop Museum Association Council, and ʻAha Kāne. He has held management positions in both the public and private sector, primarily in the field of aquaculture. 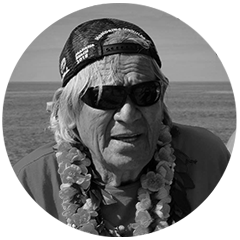 Richard “Buffalo” Keaulana is one of Hawaii’s living legends. Affectionately known as “Uncle Buffalo,” Keaulana was a world-class surfer and Mākaha’s first lifeguard. He was also a part of Hōkūleʻa’s first crew in 1976, steering the Polynesian voyaging canoe to Tahiti and back. “I really feel proud of Hōkūleʻa,” he said. 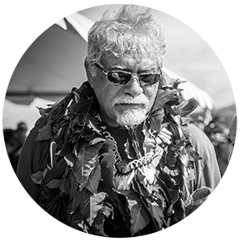 Once Hōkūleʻa was seaworthy,  John was a crewmember on her maiden voyage to Tahiti in 1976. He co-founded Nā Kālai Waʻa o Kauaʻi (The Canoe Builders of Kaua’i) in 1992 which has been building the voyaging canoe Nāmāhoe. 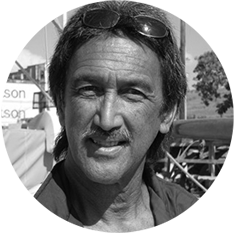 Bertelmann sailed from Hawai’i to Tahiti in 1976, when he began to learn navigation from being with Mau. In 1980 and 1985, from Hawai’i to Tahiti, he served as captain. He continued on the Voyage of Rediscovery from the Cook Islands to Aotearoa in 1985, from Samoa to the Cook Islands in 1986, and from Rangiroa to Hawai’i in 1987, serving as captain on each of these legs. 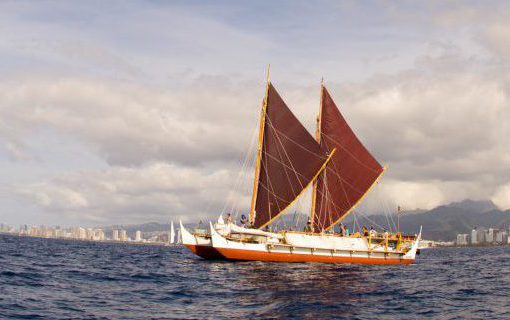 A log book of voyaging experiences from various crew members. 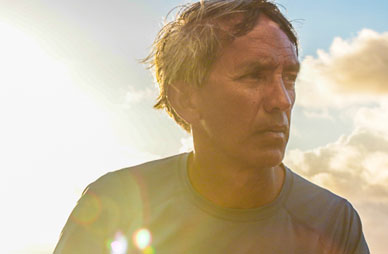 Inspired by his kūpuna, his teachers, he has dedicated his life to exploring the deep meaning of voyaging. 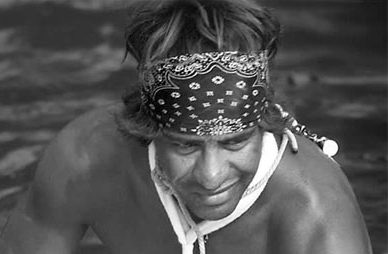 The life of Eddie Aikau is the incredible story of the ultimate waterman.