MIGRATION
Samoa was settled around 800 BCE.

The central Society Islands were settled between 1025 and 1120 CE. HAWAI’I MIGRATIONS until 1150 CE were from the Marquesas and from Tahiti.

CHIEFS (Ruling Chiefs of Hawai’i by Samuel M. Kamakau)
Many famous chiefs in Hawaiian history were descended from Hana-la’a-nui. The ruling chiefs (noho ali’i) of Hawai’i were of that particular lineage (mo’oku’auhau) and with additions from those of the other islands, the genealogy of Hawai’i’s chiefs and their ancestors was made complete.(1) 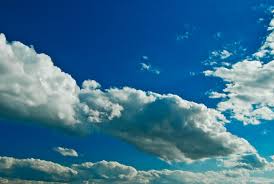 THE WORLD OF THE SACRED (from Ku Kanaka by George Kanahele)
Everything that related to the gods and the spirit world or the hereafter was kapu.(38) While much of the world is noa, the sacred is the realm that defines its inner and outer boundaries. Although potent and dangerous, and therefore unapproachable by the ordinary person, paradoxically, the sacred is the most real, because it is the most powerful.
Ancient Hawaiians constructed their sacred world in such a manner that they were not overwhelmed and rendered numb and ineffective by their own creation…one of the marks of Hawaiian thought is the success with which they equated the sacred with the organized ideal.(42)

RITUALS AND PRAYERS
As no alienation separated religion from technology, rituals and prayers were essential in nearly every aspect of technology, from training experts, selecting raw materials, making and using tools, to ensuring the quality and protection of the end products. (304) Mokupuni are island kingdoms such as O’ahu or Maui.
Moku are smaller island districts or small islands such as the case of Moloka’i, Lana’i, and Kaho’olawe which are the moku of Maui.

Ahupua’a is a land division running from the mountains to the sea. They are usually separated into three sections-http://kms.kapalama.ksbe.edu/projects/ahupuaa/waianae/wan/wan28ahupu/index.html